It snowed yesterday! We don't get a whole lot of snow where we live, but when it snows, it is fun to play in. The snow we get is usually very heavy and wet.

Tiger and our neighbors decided to build a snow fort. They started by building the walls with a rectangular bucket. Slowly the walls got higher and rounder. Eventually they got to the door area and decided they needed to create their doorway. At first they had to figure out what they were going to do for the door. Then they remembered various times when each of them had played with arches and keystones. They had one boy lay in the doorway to make sure it stayed big enough to crawl through and hold the "stones" up while they built. They other two then proceeded to pack and layer the snow ever so carefully until a keystone was created and the snow was packed tight. In the end, an arch of sorts was created and the boys had a doorway. They did have a few starts and stops but finally got it.

At one point Tiger decided to test the strength of the doorway and created a crack. This presented the opportunity to discuss "non-destructive testing" and a repair. 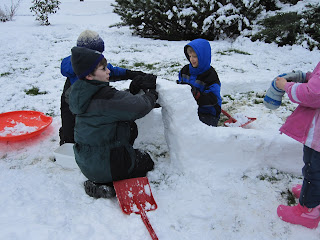 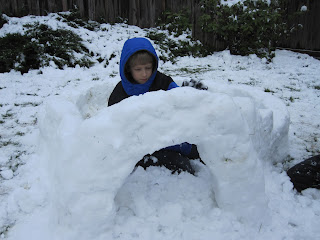 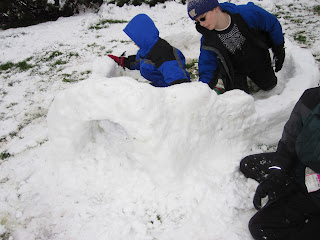 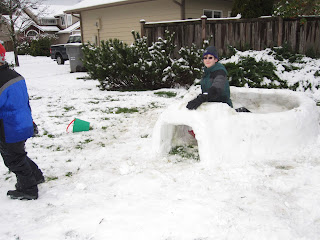 Then off to sled on the 2 inches of snowy mush and lots of laughter. 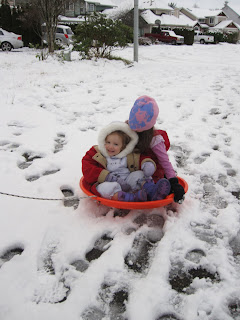 Posted by Raspberry Leaf at 3:17 PM