I Love when Dinner Cooks Itself!

Ok, so maybe dinner didn’t totally cook itself, but pretty close. For dinner tonight, we had garden fresh corn chowder and a raspberry rhubarb “crisp” made in my thermal cooker. I started with the garden corn chowder from Hezzi-D’s to make a vegan corn chowder with a few more veggies… 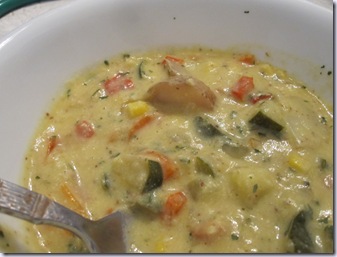 Blend 4 c corn, water, broth powder, and almonds in a blender until smooth. (I used a vitamix) Sautee onions in a little olive oil in the bottom of the 7L thermal cooker pot. Add in the rest of the veggies for a few minutes. Add the corn and milk mixture and bring to a boil. Boil 2 minutes. 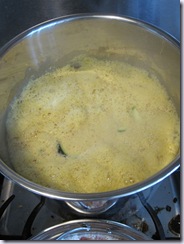 While waiting for the chowder to boil, I made some crisp for the top pot. 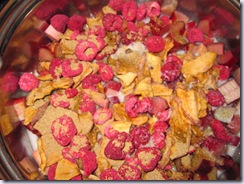 
Stir together everything except the vanilla and maple syrup. Bring to a boil and boil 2 minutes. Turn off heat, stir in vanilla and cover. 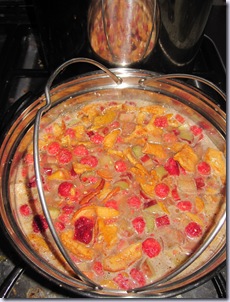 Place the small pot in the large pot and seal in cooker. Stir in maple syrup before serving. 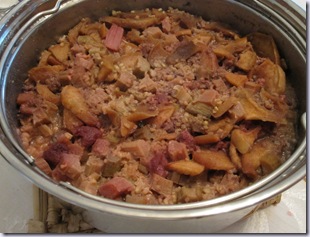 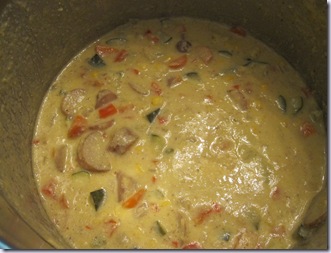 If it hadn’t have been a super busy night, I would have served a green salad too.

Posted by Raspberry Leaf at 9:18 PM